67% say personal finance should be a requirement in high school

A mid-February survey reveals that more than two-thirds of respondents believe a personal finance course should be a requirement for high school graduation. Adding to that number, another 26% say it should at least be offered as a high school elective. According to Next Gen Personal Finance, 21 states require at least some instruction in personal finance as part of their high school curriculum, but only 10 states require a semester-long personal finance class for graduation. The survey also shows that most young adults do not get their first credit card under parental supervision. More than 56% of those surveyed got their first credit card on their own, either during college or after graduating from high school. [US News & World Report]

This is why Visa, Mastercard and American Express are in trouble

When we swipe those cards, credit card transactions cost merchants nearly 3% just to complete. And even then, it can take days for the money to be deposited into their bank accounts. This is a direct cost that comes from your bottom line, and most traders have little choice in this regard. In the last month alone, there was a breakthrough in the Solana blockchain that could almost eliminate most credit card fees and replace them with blockchain transactions. Cryptocurrencies have long been discussed as a new way of conducting financial transactions, but most cryptocurrencies come with high costs that make little sense for traditional transactions. The Solana blockchain is different in that it allows for transactions that can be completed in just a few seconds for a fraction of a cent. No more waiting days; merchants can be paid almost immediately. [The Motley Fool]

Crypto-backed card account openings are outpacing traditional cards in the UK. Using Visa and Mastercard as rails, various crypto platforms now allow consumers to make everyday purchases with cryptocurrencies. Analysts say it is a crucial step in making cryptocurrencies a mainstream form of payment. While using cryptocurrency for everyday purchases seemed like a far-fetched idea just a few years ago, it is now a reality and several steps closer to becoming routine. Until recently, consumers could only spend crypto at a handful of specialty cafes or withdraw cash at ATMs. However, the tremendous growth of crypto wallets and interest in cryptocurrencies in general has led many to seek out plastic to open new doors and support transactions. [The Financial Brand]

Citi is the first megabank to end overdraft fees

Citigroup is saying goodbye to overdraft fees, making it the largest US bank to commit to eliminating controversial charges. This summer, Citi plans to get rid of overdraft fees, non-sufficient funds fees and overdraft protection fees. The changes mean Citi will be alone among the top five U.S. retail banks by assets to abolish fees that many Americans despise and that consumer advocates say unfairly punish the most vulnerable in society. Citi joins a growing list of lenders making changes or eliminating overdraft fees altogether amid pressure from lawmakers in Congress and growing competition from online rivals. [CNN]

Saying they were “deeply concerned by recent reports” that JPMorgan Chase has “renewed its predatory auto-signature practice,” six Senate Democrats asked Jamie Dimon, the company’s CEO, to provide “detailed information on practices bank credit card debt collection. The letter, signed by five members of the Senate Banking Committee and its chairman, Sen. Sherrod Brown of Ohio, cited an article by ProPublica and The Capitol Forum that revealed how Chase had launched an ongoing lawsuit against credit card customers. indebted when the pandemic began. it began hitting the economy in early 2020. Chase had stopped filing credit card lawsuits nearly a decade ago when regulators discovered that the bank’s legal documentation was often flawed. [The Capitol Forum]

Two class action lawsuits have been filed against Bank of America and Capital One over the banks’ continued assessment of late fees and interest charges despite their promises of hardship relief during the coronavirus pandemic. The two plaintiffs say they were denied significant forms of financial assistance when they were unable to make their credit card payments during the pandemic. Meanwhile, the banks made billions of dollars in revenue, according to court documents. Each of the banks is accused of unjust enrichment, violating the covenant of good faith and fair dealing and violating California consumer protection laws. [Top Class Actions]

After delivering a $500 million check to Latin America’s fintech leader Nubank in 2021, Oracle of Omaha increased its stake in the business to $1 billion. Berkshire Hathaway first invested as part of Nubank’s Series G funding round last June, and was handsomely rewarded during the fintech’s IPO with proceeds to the tune of $150 million. NuBank’s share price rose nearly 12% as a result of Buffett’s increased backing, while the US investor also revealed that he had sold his $1.8 billion stake in Visa and $1.3 billion in Mastercard. The changing investments clearly show Buffett’s desire to increase his exposure to fintech, while reducing his stake in more “traditional” financial firms. [AltFi]

Klarna will provide a physical payment card in the US.

Klarna is opening the waiting list for its Klarna Card payment card to US consumers. A physical Visa card issued by WebBank, the Klarna Card will make the global retail banking, payment and shopping service “pay in 4” buy now, pay later available for any in-store or online purchase. The Klarna Card will offer US consumers the same installment payment experience they receive when making purchases in physical stores as when using the Klarna digital Pay in 4 solution at a retailer’s checkout or in the Klarna app. The new card will offer a bi-weekly payment schedule and real-time credit checks. [Chain Store Age]

American Express made its card-based buy now, pay later (BNPL) feature, Plan It, available at checkout on the Delta Air Lines website. Plan it, which launched in 2017, allows Amex cardholders to retroactively split transactions over $100 into monthly installments for a flat fee. It has been a successful competitor to BNPL: the volume of Plan It plans originated in the fourth quarter of 2021 more than doubled compared to the fourth quarter of 2020, according to the issuer. Travel spending is recovering and payment providers have an opportunity to increase volume as demand for BNPL services grows in the sector. [Business Insider]

The Federal Trade Commission released new figures Tuesday showing that Americans filed nearly 6 million fraud and scam complaints last year, representing a record amount of financial loss. In 2021, 5.7 million people filed reports and described losing more than $5.8 billion to fraud, a jump of $2.4 billion in losses in one year. The amount of money Americans lost to scammers in 2021 increased 70% from the previous year, with an average loss of $500 per person. In 2020, Americans reported a loss of more than $3.4 billion—another all-time high. [Money]

As the world woke up to the long-awaited Russian invasion of Ukraine, the repercussions caused by the event were having a disastrous impact on the prices of Bitcoin, Ethereum, and just about every other major cryptocurrency. By mid-morning, Bitcoin was down almost 8% in 24 hours, which actually represented a slight rebound from where it spent most of the overnight hours. Alongside it, Ethereum fell as much as 10% in morning trading, with many other coins following suit. In fact, all cryptocurrencies with an individual price above $3.00 were in a strong downward trend at 10am ET. [ZD Net] 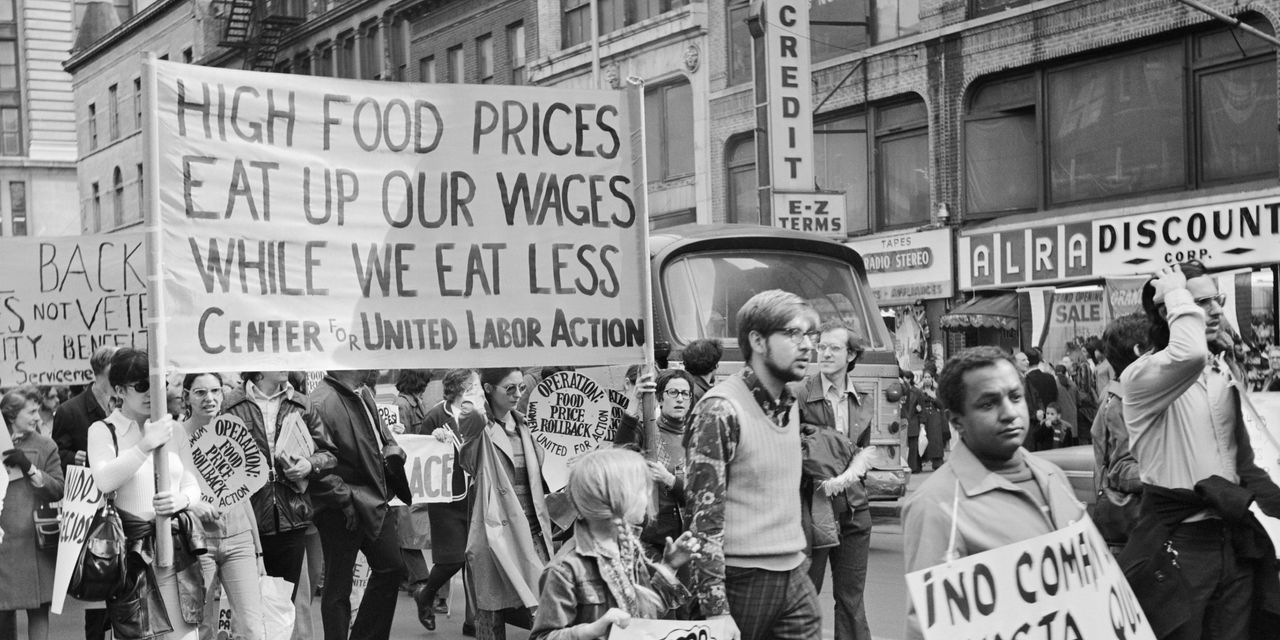 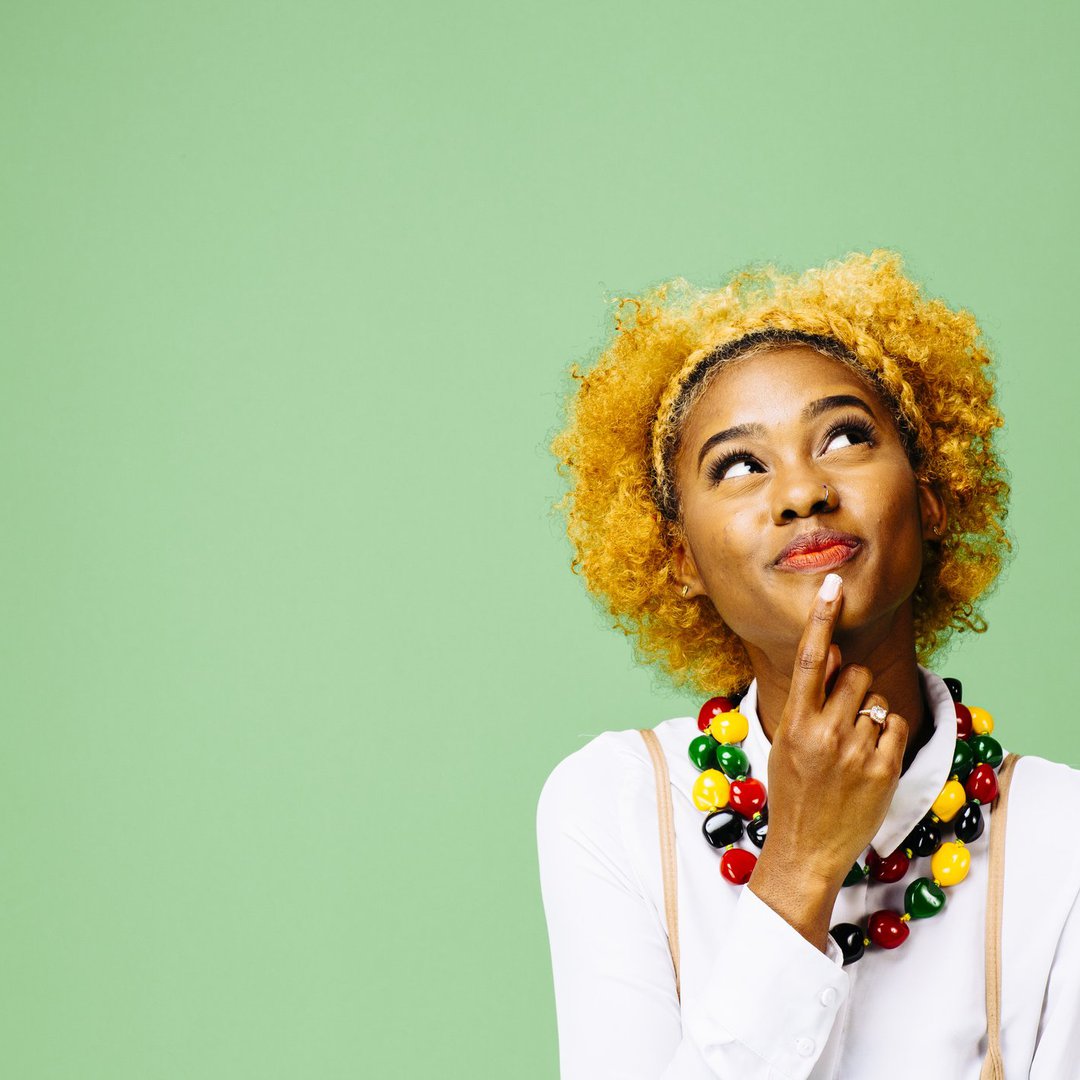 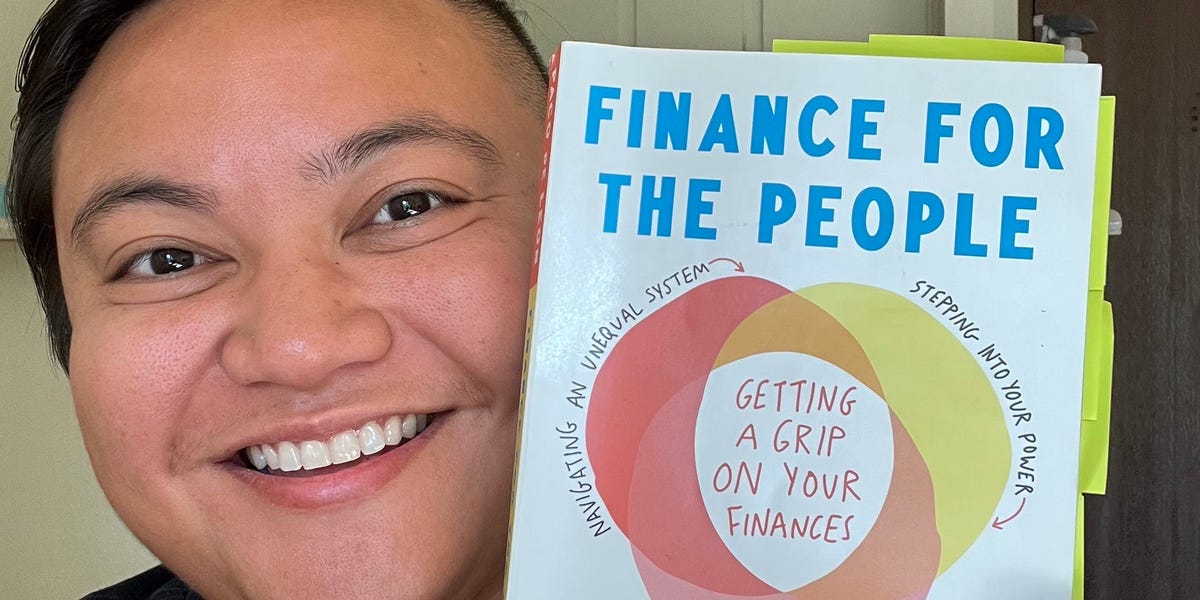 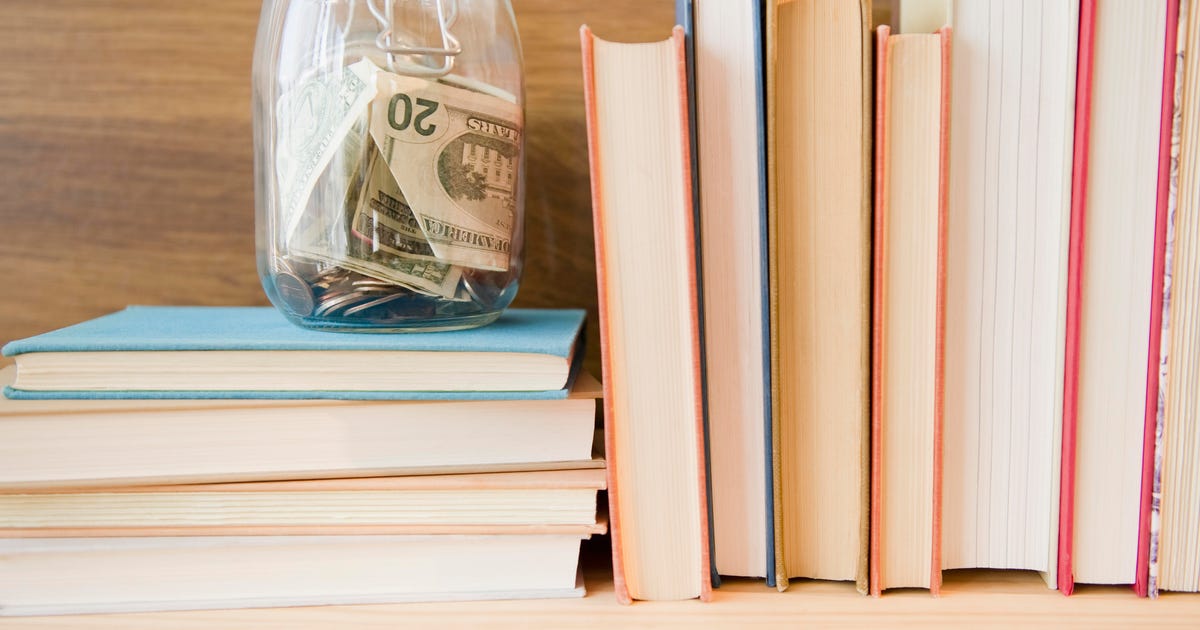 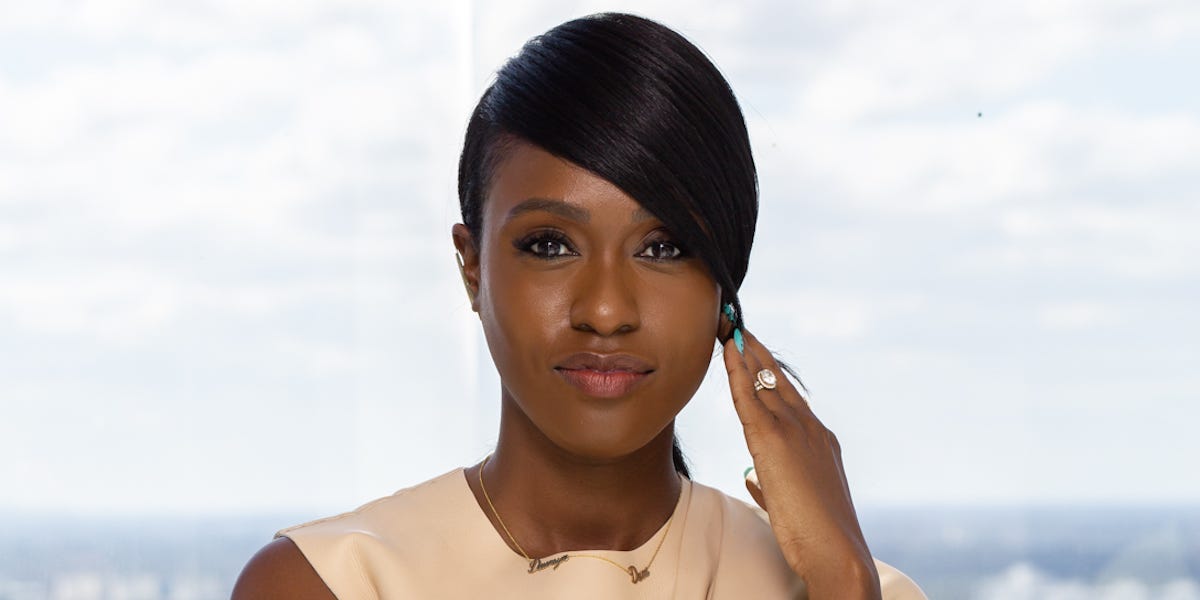 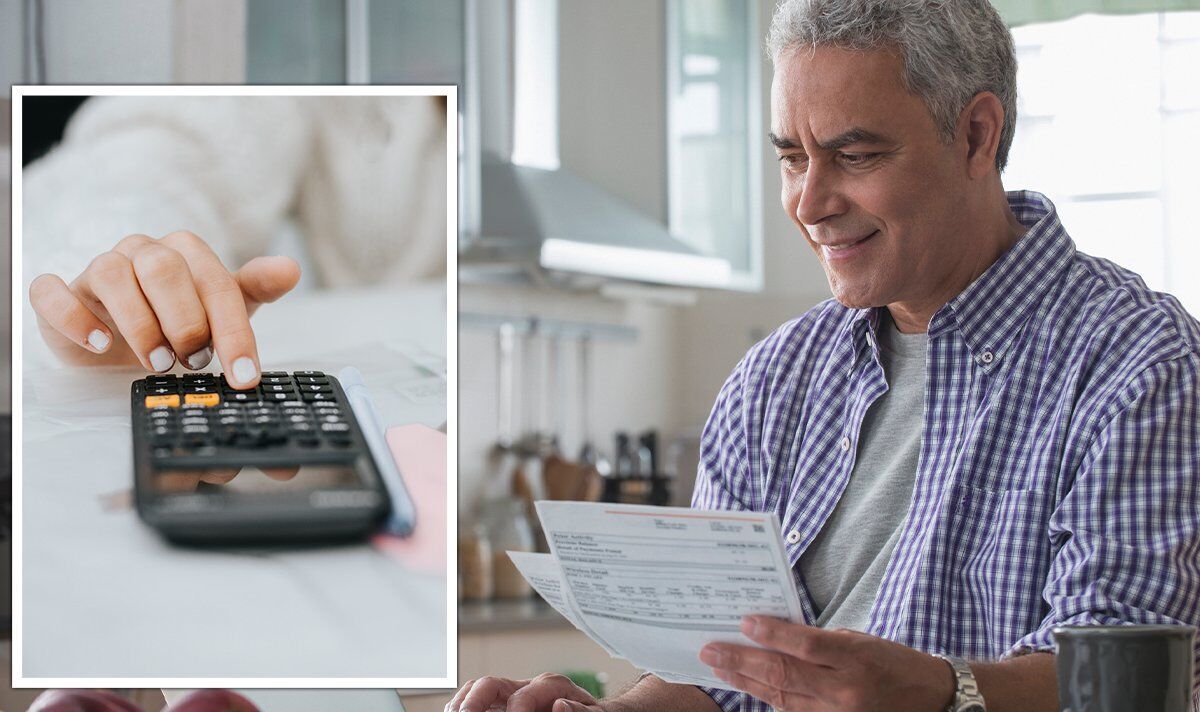 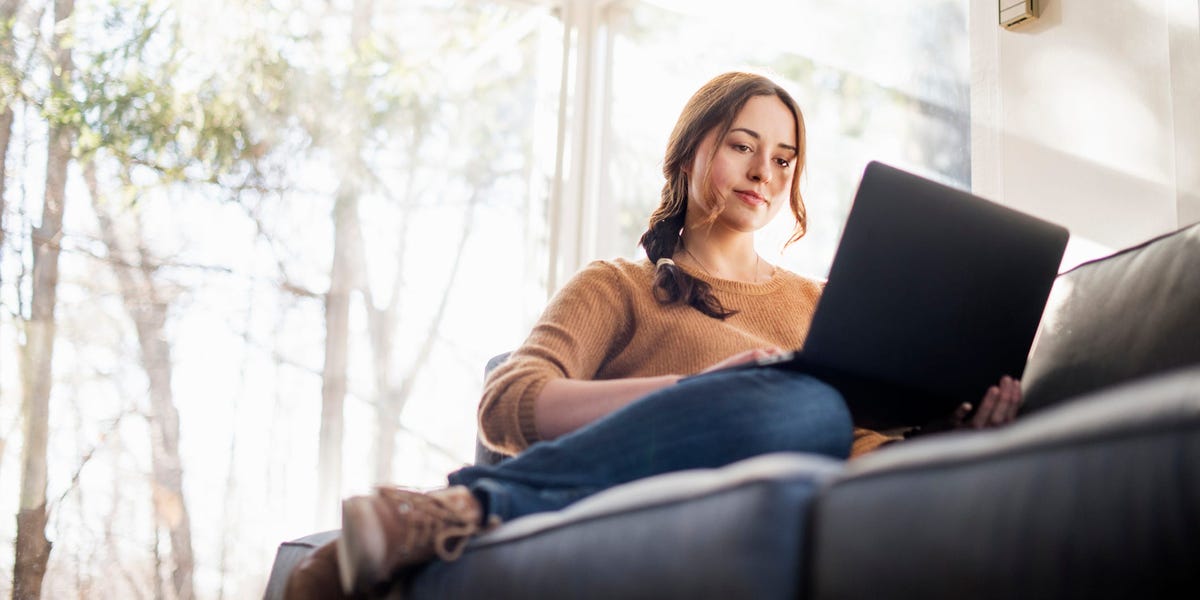